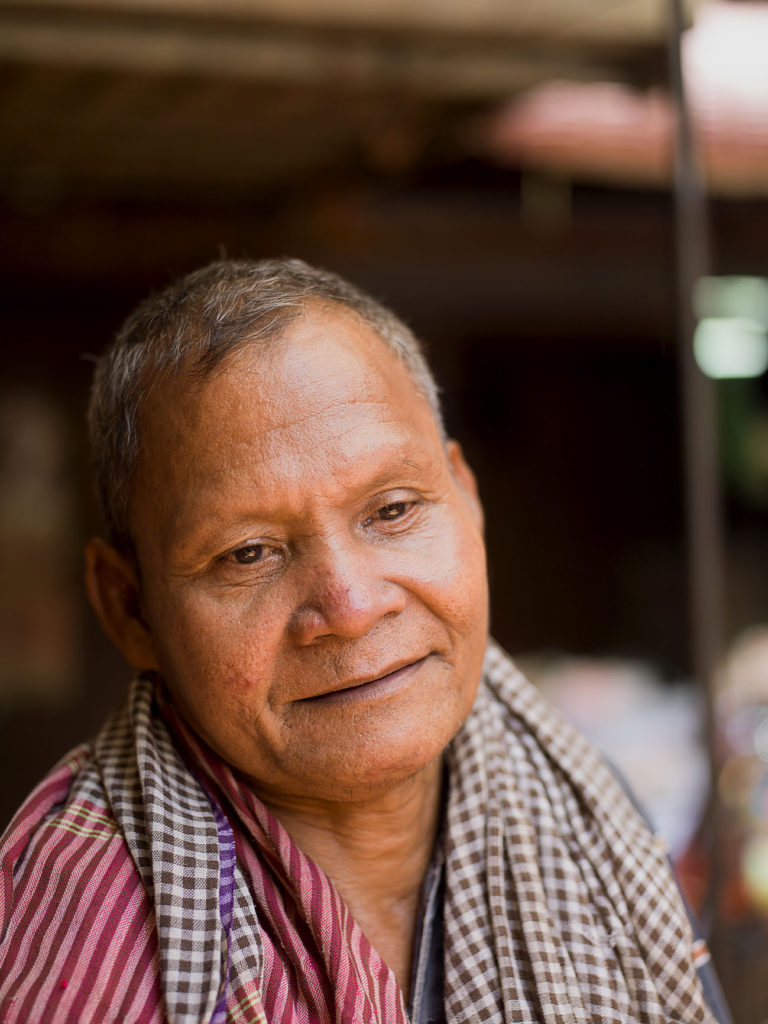 This is Oeun he is 60 years old. We met him begging on the Kendal market at the riverside. He arrived yesterday in Phnom Penn. He left his family in the province because he did not want to bother them and be a burden for them. When we ask him about loneliness he only smiles and says he is okay, although he preferred staying with his children. Money he earns by begging, which is enough to have some food and pay the tuktuk from the outskirts of the city to this market. He has no way to pay in case he gets sick. He had an accident breaking his leg and his hand. After spending one day in the hospital, his children took him out without any surgery because there was no money. People look down on beggars, someone told us: they don’t go to the pagoda because they don’t want to do religious service and adapt themselves to the life rules of the Buddha: they want to be free, they said with a disgusted face.