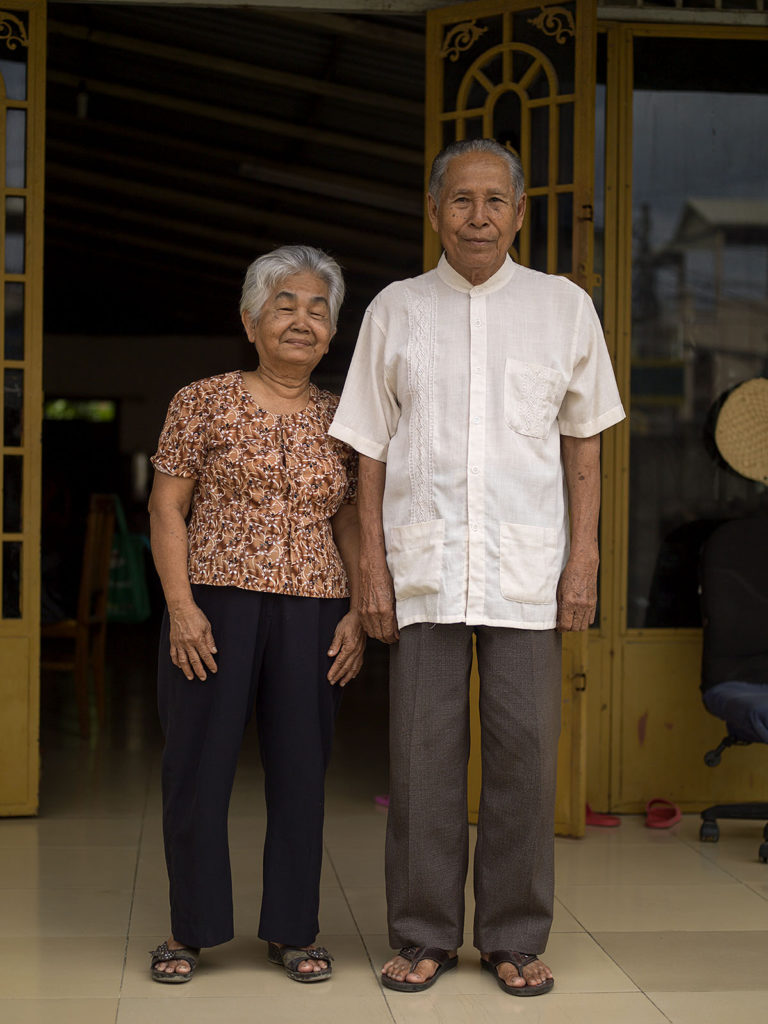 Sim has been a teacher his whole life, also training other teachers how to teach their students. Because of that their family with 8 children moved a lot around between different province schools. His wife Orn has worked as a a seamstress. Since she stopped working 20 years ago, she takes care of their household, including 3 of their grown up children and their children. Sim says he misses teaching very much, since he was part of a group of professors and student and felt he lost something when he had to stop this. After that he became part of a Buddhist group of students, and has become Atcha, an honorary title for a Buddhist, who teaches others and plays an important role in leading prayer and rituals. For himself, he does not feel lonely, because of his children, wife and the work he does in the pagoda. He feels happy with the life he lives, being able to practice the five Buddhist principles, being able to live from an income and provide for his children. When they are sick, nor Orn nor her husband believes in traditional medicine or spirits. They go to the private clinic to test their blood and on doctors advice take medicine. They know many other elderly who act differently, and let monks pray for their health.