You are here: Home » Current research » Participation society in The Netherlands

The way The Netherlands has arranged their healthcare arrangements have changed a lot the last two decades. The many baby boomers gradually getting their pensions and often becoming less able with the rising of their age, is one if reasons – next to some culturally motivated reasons – that it was said – that the old system was getting too expensive to continue.

In recent years the state is summoning citizens to take up more responsibility, which is framed as ‘active citizenship’ and the moral responsibility of us all. This way of living together and doing what we need to do – to get our most basic needs met – is often termed ‘the participation society’. Within such a society it is said that initiative by citizens is appreciated and motivated. Just as it is a good thing when we keep an out eye out for each other, or help our family members and neighbours when they need attention or a helping hand.

We can indeed argue that it is a positive thing to think more inclusively. As for many elderly and less able people it was custom to move to the edge of society where professional care was arranged in specific institutions: often literally at the edge of villages in quieter less urban surroundings. While the former argument is true this picture is not complete. Many people do not live in a traditional household anymore and do not have family to ask for help or have them live nearby. Taking care of their elders does seem the just thing to do, but the ability to do so is not always there or easy to organize. Many people have a fulltime job managing their work and demands of the 21st century.

So these developments lead to various new initiatives. One example I want to mention here, as was mentioned in one of the Dutch newspapers in 2014, is that thousands of elderly people want to pay for being held company. With many professional care-takers having lost their job in recent years, some see an opportunity in setting up their own businesses and hire themselves to elderly people who need their services. The downside of this is that while many elderly people in The Netherlands do not live in poverty, a lot of them do not have the means to buy such services. We can see how this can lead to a new (non-inclusive) social divide.

owner of a discussion forum on ‘active citizenship’ 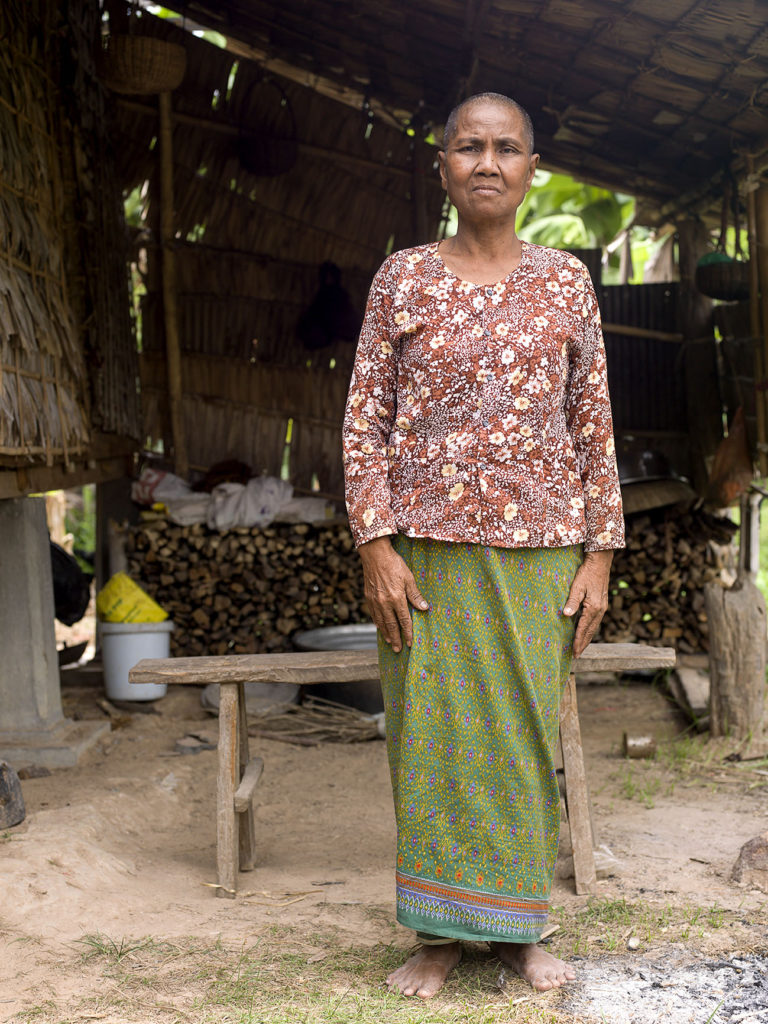 Yoeum Phor (76) is a widow, and has no family close by. Her company exists of her neighbours, and when she is sick her granddaughter comes to stay over the night.