In our research, and our way of researching elderly, my own images and feeling on being old come up more and more. This last week we have not written anything on our website, digesting the enormous amount of information we gathered in the last 3 months.

One of the stories I like to share with you opens up a window to the feelings and images I as a person have on elderly, how these came about, and maybe even why I choose to work with elderly.  It’s about a woman called Doddy Broekhof (died 2005), although I called her ‘oma Nietje’. She was not my real grandmother, a sort of adoption system working from my mother who entered her family of  5 sons as a friend in my mothers young days, and stayed around. I was thereby one of the grandchildren, and the only one who spend all of her free Wednesday afternoons in her house.

Her house, her living room, her garden.

The buffet with the endless amount of candy.

Books of saving stamps, waiting to be stuck unto the empty pages.

Cupboards full of tiny animal statues, paintings of Indonesia, and a windowsill with orchids in all colours.

The sound of Roekoekoe, the dove with that particular sounds, reminding her of Indonesia.

The smell indescribable, of her, which she took with her to her caring home much later.

Doddy came from Indonesia, or the Dutch Indies, when the colonial regime was still there, and came to Holland when dependence was declared, after a period of imprisonment at a war camp of Japanese. She married with her sweetheart from Indonesia when they arrived in Holland. But within 10 years, after having 5 sons, she lost him in a motoraccident.

The stories she told me on those wednesday afternoons were mostly about her happy childhood and adolescence. How she talked about her and her brother, playing in the garden around their house on the ‘kampong’, doing naughty things like climbing in trees and getting wet clothes. And later on, when they grew up, how they formed a group of happy, well off adolescents. The prime story was that of a trip they organised all together, just youngsters, with the spotlight n herself, her brother and her husband to be. They arranged for transport, and all went out to a mountain, enjoying a happy day out.

At that time I was (9 – 13) mesmerized by the world she told me about. How could my ‘grandma Nietje’ be the same as the little girl and later beautiful young woman she talked about? Somehow all these images mixed together in the warm feeling of love I had for her. I could never look at her and think of an old woman, no longer useful, only a burden to be looked after. It was lovely to be with her, and I was grateful for every moment spent together. 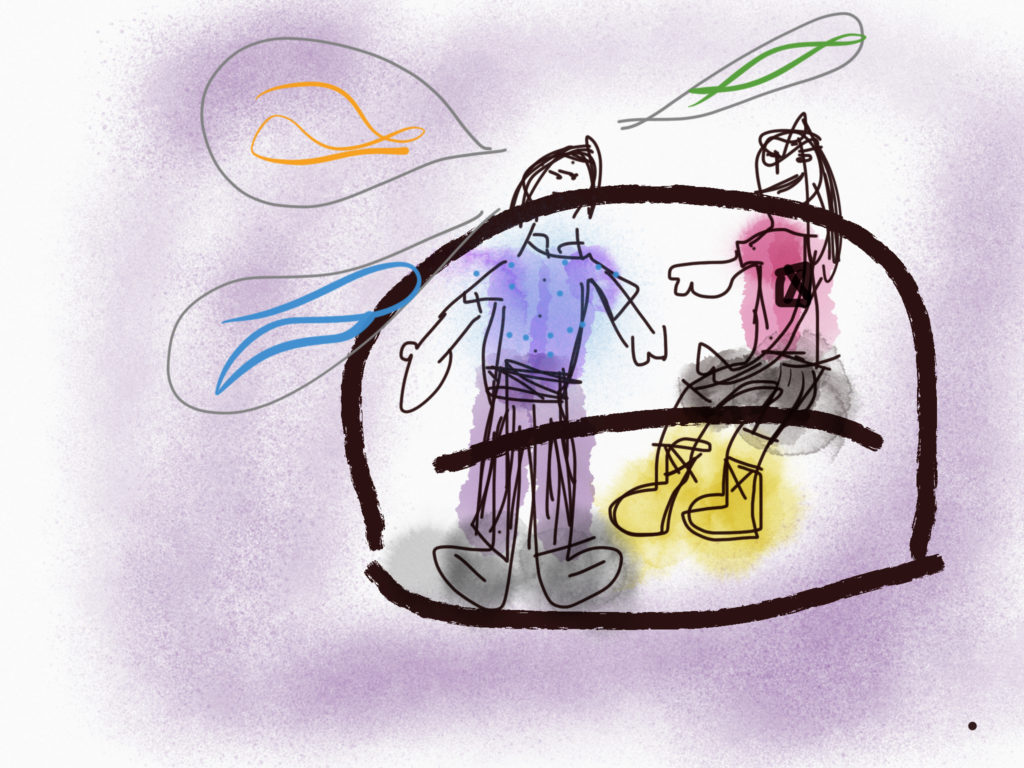