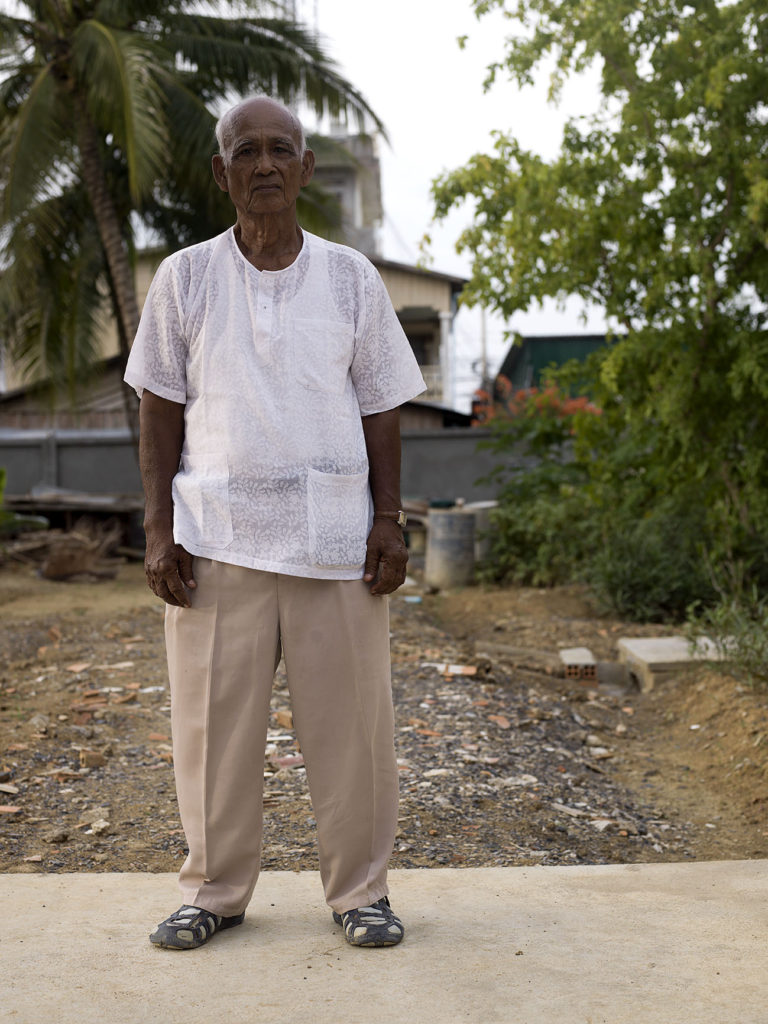 Khwon Chhoeut (76) is a man who owns houses and rents them for income. He and his wife (71) live together in their own house. He tells us that after his daughters finished studying and moved away, he asked his nephew and niece, children of  a poor relative, to come and live with him, as not to get lonely. He supports them with their school and living costs. He is rarely sick, as he says because he exercises and works in his gardens. When he gets sick he uses traditional plants and herbs to cure it. When his wife got a back sickness and suffered a lot of pain, she went to a hospital in Phnom Penh with their daughter. After physiotherapy she got better. He tells about his youth, as a son of a farmer, who went to be a monk. His siblings and him always worked to support the family. He was the first one who got go to school, and he tried university in Phnom Penh. Because of lack of money he did not finish there, and went back to be a teacher in battambang. During the Pol pot regime, he and his wife got separated. He survived by working hard and pleasing the Khmer Rouge cadre. Then he was a volunteer soldier in the city of Battambang and became a teacher again. He helped his daughters finish their studies and Phd’s, because he feels education is the most important thing in life.