You are here: Home » 2010 Netherlands » Have you ever a seen a Coca Cola commercial with a smiling 85 year old couple?

Have you ever seen a Coca Cola advertisement in which two smiling elderly of 85 years old look at each other, radiant, sipping on the same straw? Forget it. Our visual culture is focused on young body images. 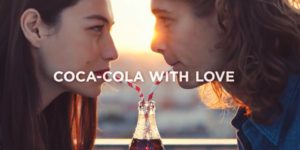 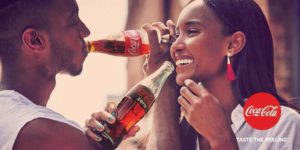 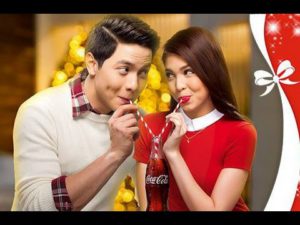 With a demography in which the vast majority is young this is the ideal, even for the elderly, and we find that quite normal. But demographics are ever changing, and according to the UN, we will see more people over 55 than young people in 2050. Does this mean that there is also something going to happen to the visual culture in particular and culture in general?

It is just one of the things that will be a driving force and will have a huge impact on our culture. Our culture will change. When Ko Schuurhof introduced the AOW (elderdom pension) in The Netherlands under Drees II, demography was completely different. The law was written under these specific circumstances in 1956. Many workers, a few self-employed and most people die on their 67th. It is kind of ironic that Ko Schuurhof himself died at the age of 62, he has never been able to enjoy his own law. With the two pillars, a demography with a few elderly and a much lower mortality age, the state pension was feasible and affordable. As Abraham de Swaan said in his book Care and State, the state took responsibility to save for the elderly days of the population.

The law has since been adapted many times to social trends, most recently in 2006. And now it has changed so much that Drees now had an uphill to convince the elites of a carefree old age of the worker.

We are therefore of a generation in which it is normal that the state takes care of us. From our cradle to our grave. This is extremely evident when you stick your nose a centimeter outside the Netherlands and preferably even further. We are doing research in Cambodia about the ways in which care for the elderly is applied. The Netherlands is on all ranking lists on almost number one and spends on top of the pension 16 billion on care for the elderly with a GDP of 850 billion. Cambodia is not giving a single penny on elderly care with a GDP of 85 billion. Both countries have about the same number of people, the demography of Cambodia now resembles the demographics of the time of Drees, a huge baby boom after the Pol Pot era is now of age. However, by 2050 Cambodia will be like the Netherlands today.

My awareness of the enormous dynamics and difference of care by the state, really hit me when I was visiting a little shed where the 91 year old Nou Tab lives. 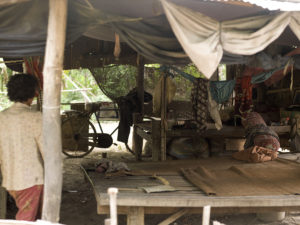 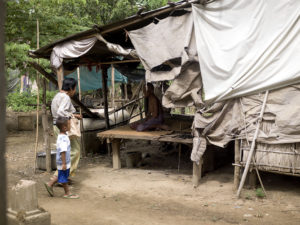 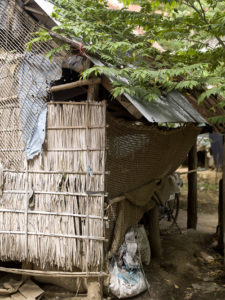 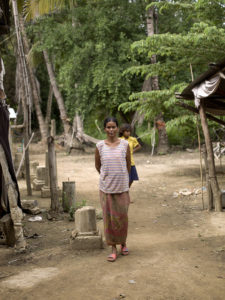 We interviewed him and frequently saw tears in his eyes. He was too weak to stand up straight. His daughter looked after him, but that was it. The monks didn’t help no longer, he said, they only come if you give them something. No medicine cabinet, whether or not locked by some maffia inspection. When you consider that every person in the Netherlands over 60 takes some kind of medicine against old age and pain, it is clear that this man had more problems with his physical discomfort than the average elderly in the Netherlands. And that at a temperature of more than 32 degrees in a dump which is not more than a roof with some higher parts where you can sleep on.

No inspection to verify whether there is liquid soap in the toilet instead of a bar of soap, because a bar of soap could fall on the ground and you could slip on in, then the living environment is of course very unsafe! Nou Tab did not even have soap. We have gone back to him, embraced him and showed our respect. We left him enough food so he could go on for a while.Imagine, I was a young Dutchman and I grew up without a care. I went to a free school and a University where I received additional money to study. Then subsequently without too much worry start a career. Perfectly normal, right? When it all fails there is always assistance, arrangements to help with debt relief and if it goes wrong with physical disability there is a doctor by your side. When I get 65 years old I will receive a state pension. Well sir Tap has never had a penny. He had to work instead of going to school.

The lack of an elderly care system provides a significantly lower average death age/ In the Netherlands the people get 83 years old, in Cambodia that is 65. They get old in distressing poverty circumstances. Of the 1 million senior citizens living in Cambodia today, 200,000 survive by the gifts they receive from their neighbors and have a structural shortage of food and care.

It would be an interesting exercise to assume a scenario in which we would plan that the state no longer provides care in the Netherlands. Taxes could go down, there is no more contribution needed to the state pension and many other laws, wage costs could go down and the economy can grow again significantly. Even apart from all agencies that gobble up 10% of the cash return. That should sound great to the ears of accountants, right? Maybe Mr. Rutte is silently dreaming about this at night.

What would the Netherlands look like? What would we do then when there are bad situations? Establish an inspection that will check all those impoverished elderly or have a sticker on their custard that it can be preserved up to 3 days in the refrigerator? Do they still have a refrigerator?

Such scenario planning is a serious offer. Very inspiring and helpful to make a decision in the future. 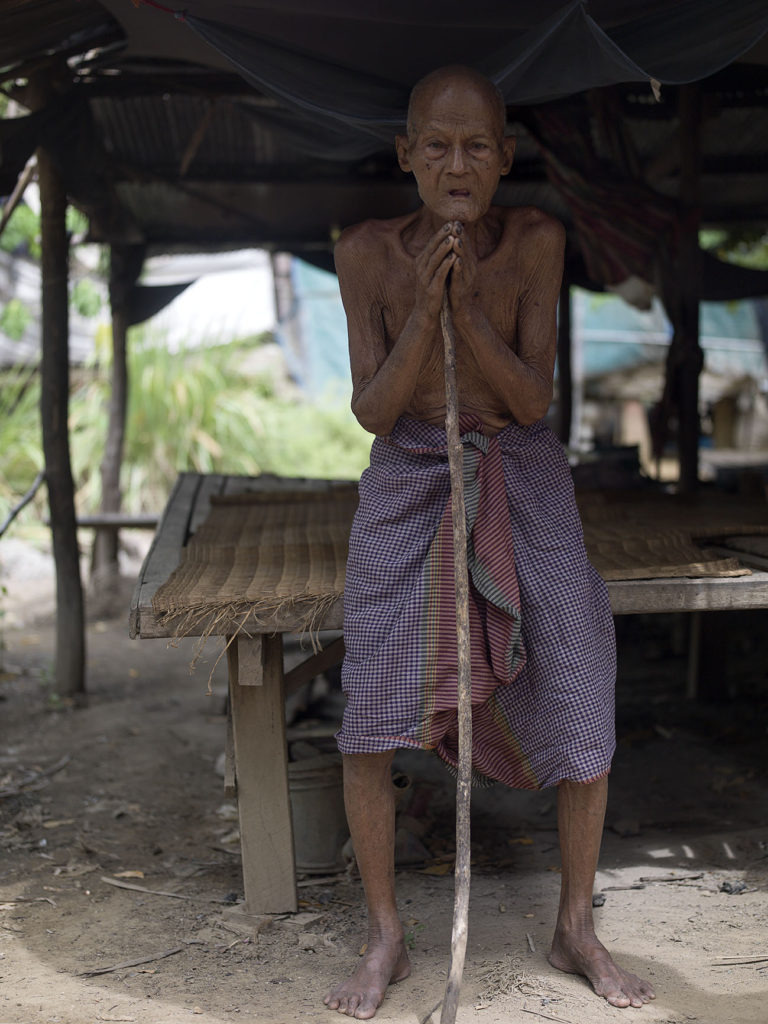 Nou Tab in his ‘house’ in Cambodia